The Whole World’s Water, in Her Hands

As a kid, American environmental entrepreneur Karena Albers felt connected to nature, playing in the forest reserve behind her home near Chicago and swimming in the creek. The feeling stayed with her through a career in commercial advertising, and while hiking in the mountains of Hawaii on a work trip, she got her ‘aha’ moment.

‘It was mind-numbingly beautiful,’ she explains, ‘I turned to the local cameraman leading the hike, and said ‘What are we doing telling stories about deodorant?’. We made the decision to create documentaries about ‘guardians of the earth’ – those caring for the planet we have been gifted.’

Her company, kontentreal, went on to produce the award-winning series E2, about the economies of being environmentally conscious, narrated by Brad Pitt. A decade later, attending an environmental summit at Soneva resorts in The Maldives in 2011, the idea for Whole World Water was born. Noting that eco-pioneers Soneva filtered and bottled local water at source, sold it to guests and donated a portion to eco-projects worldwide, Karena thought, why not get all hotels and restaurants to do the same?

Co-founded with Jennifer Willig, the former CEO of U2 frontman Bono’s Red campaign against Aids, with funding for development from the Soneva Foundation, Whole World Water was launched, on World Water Day in 2014, with the aim to unite the hospitality and tourism industry to help over one billion people worldwide who don’t have access to clean, safe water.

‘Water is the essence of all life, and impacts all seventeen UN sustainability goals,’ Albers tells NOW. ‘I thought, if I am going to pay attention to one issue to make a difference, it’s the one.’

Whole World Water has around 200 members to date, mainly family-owned boutique hotels, from Richard Branson’s Virgin Limited Edition to Sonu and Eva Shivdasani’s Soneva Resorts and individual properties such as The Alpina Gstaad in Switzerland and the historic Elmore Court in Gloucestershire.

‘I’m an entrepreneur, and this idea ticked all the boxes, economic, social and environmental,’ Albers tells NOW. ‘It reduces our carbon footprint, while increasing members bottom line by up to 28%.’

‘We don’t just dig a hole and drop in a pump,’ explains Albers. ‘Projects, vetted by water experts, need to be sustainable.’ Successful projects include supporting French NGO, 1001 Fountains, to produce clean and safe drinking water from contaminated swamps and rivers and create a micro-enterprise in rural Ambalamanasy in Madagascar and partnering with Virgin Limited Editions’ and Dig Deep to bring a rainwater-harvesting system to Olkuroto in Kenya’s Masai Mara, and place it under community ownership.

‘It’s no longer cool to drink commercially bottled water,’ says ambassador and advocate, Richard Branson. ‘What is cool is to be socially responsible, and raise awareness and funds for a problem that we as an industry can eradicate.’

‘I just say to hotels, ‘Why not?’ says Albers, who says that membership by a large hotel group would be game-changing. ‘If the travel industry owns this campaign, it’s in their power to help create a better world.’ 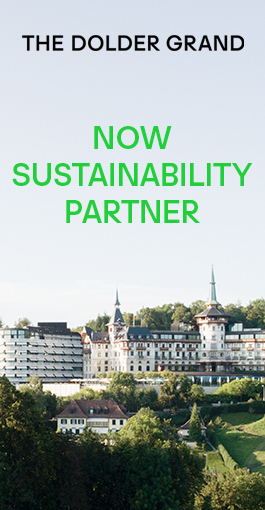 How Do You Feel About Travel This Summer?

Bring on the Bamboo